Has anyone received a letter about Pepsi increasing their prices? We just switched back in June and received a letter (dated in October) that as of December 26, there will be price increases to their portfolio. 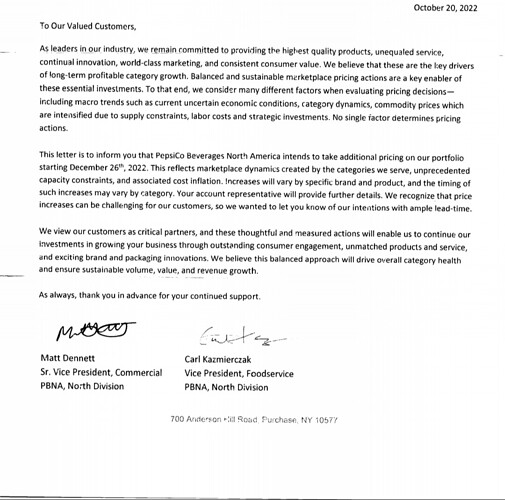 We signed a 5 year exclusive contract and spent a lot of time negotiating our best price, just for them to turn around 4 months later and raise prices, while in a contract? Bullshit

yep expect one every year

Happens every year with them.

They are terrible. There’s no such thing as a contract with them. The only thing guaranteed is that your prices will go up every year. I got into a fight with them because we started buying from sam’s, grocery stores, etc. They were constantly out of their own product and I can get it cheaper everywhere else.